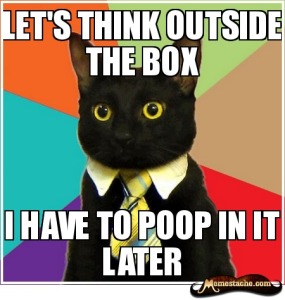 It’s been interesting to study personality disorders alongside the immune system, because both involve a function of recognizing self and rejecting non-self. And it’s tricky because the degree to which this occurs has to be responsive. An overacting immune system brings about autoimmune disorders like Lupus. An under active immune system allows infections and cancers to take hold.

In the case of personality disorders, problems we might otherwise recognize as mental disorders are seen as integral parts of the self (ego-syntonic). Shyness, fearlessness, moodiness, self-esteem, perfectionism and eccentricity – none of these sounds like a dealbreaker and some of them even sound positive. But when they become a person’s dominating and inflexible approach to life, they become dysfunctional.

One system that tries to address this is the Arbinger institute’s Choice training, that talks about “way of being”  I don’t know how much I can summarize it without damaging it, but interpersonal problems arise when people are trapped “in the box” of their worldview, of an inflexible role.  You can’t ever help a person out of their box by pointing out that they are in one.  They have to make a choice to be authentic.  But here’s where it gets really sticky.  It comes down to treating others as you would be treated, the golden rule, responding to their needs.

But if you have a personality disorder, are you really going to be able to see that?  If some aspect of your identity or empathy is discalibrated, how will you see either what the other person might need, or what you would want if you were in their situation?

Something I keep coming back to is this idea that autism is very very close to some of these personality disorders.  Schizotypal is not such a reach, but I think Borderline will turn out to be where many of the girls who otherwise might have had autism wind up.  But this is based on how it looks to me, which is that Personality Disorders involve a kind of artificial skill in place of a personality trait, and that could be why they are inflexible.  The person with narcissistic personality disorder lacks confidence, and so has grandiose self-esteem.  This one is obvious enough.