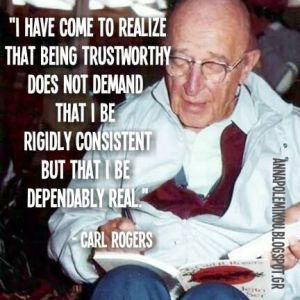 When I woke up this morning a scene from Ferris Bueller’s day off was playing in my head, the History teacher trying to elicit a response from his class.  The strange fact he brings up is that George H.W. Bush was critical of Reaganomics in the primary of 1980, and called it “Something – DOO economics… Anyone?  Voodoo economics.”  Of course, we now know it as trickle down economics, or the idea that enriching the employer class is good for the employee class.

In the popular understanding of cognition, we think we operate in a top down fashion.  We decide to do something and then we do it, or we feel happy first and then do happy things.  Why, then, can it be so hard to do things we think we want to do?  To loosely quote St. Paul, “That thing which I would do, I do not, and that which I would not do, that thing I do.”

It becomes clear that my aversion to housework probably hits a number of emotional snags.  Obviously, being yelled at as a kid, but also codependent arguments from my early marriage.  I have been baffled this holiday season at my inability to eat reasonably around relatives, but I have to first acknowledge the power of the years of my old eating patterns that are reinforce.

Of course there do exist some good patterns.  Doing strength training ties me to a time in my life when I was very successful at not eating sugar.  (Curiously, cardio has the opposite effect).  I have learned to be a very dedicated student.  I was hopeful at the time that application of the same self awareness would resolve my housekeeping woes, but I always enjoyed doing well in school when I could, while being accomplished at housekeeping is nowhere near as rewarding.

The simplest application of this idea is the simplistic sounding advice to smile in order to be happy. A motor circuit demands access to a cortical one, and it should be a happy one. This has to be approached with caution, as relying too heavily on this may inadvertently cross the streams.  How many people in the vagaries of adolescence come to associate the Lord’s supper with guilt rather than mercy, for instance.

It’s hazardous ground to attempt engineering the workings of the soul.  But I guess my point is that the prevalent model society promotes, of top down processing, is no less of a gamble.  It’s just the one we take by default.  (By top down, I mean consciousness- the bulk of the brain itself operates outside of consciousness and would constitute many of the pathways I’d consider bottom up).