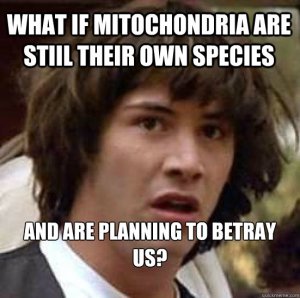 In The Autistic Brain, Temple Grandin addresses the cases of post immunization onset of brain damage, which she ascribes to mitochondrial disease.  And while I don’t disagree, one critical question is why does this happen around 18 months?  One of the things I dislike about immunization is the march to start them before the baby leaves the hospital, and receiving several by 6 months.  If it’s the mitochondria, why doesn’t it strike with the first injection?

A six month old eats milk.  A toddler begins to enjoy choice in what they eat, and they will be drawn to the oxidizing stress agents of fructose, fat and salt.  Further, they will not often choose vegetables and whole foods (whole grain and lean proteins) that supply the minerals and nutrients needed to digest these things.  In essence, I blame empty calories for oxidative stress, and oxidative stress is the bedfellow of inflammation.

On the other side, a toddler has more control over what they do (or don’t do).  If you want to look at a toxin in our environment that has progressed in lockstep with autism rates, I propose home video.  Not as much because of lack of variety or lack of caregiver engagement, but because of sitting.  An unused calorie is the same as an empty calorie.

And what these calories do is cause the mitochondria to spit out radicals instead of oxygen.  It causes the cell to blockade their membranes and turn to producing heat instead of ATP.  Throw into this state of affairs a pyrogenic event, like an immunization, but it could be any infection.  As I’ve observed before, if you fear an immunization, imagine a case of the actual disease.  Allergies will also contribute to an inflamed state.

What about the gluten free casein free diet?  It does eliminate two major sources of FODMAPS, but I worry that without an underlying understanding of oxidative stress, people will wind up eating more empty calories, especially as the gluten free processed food industry expands.

What contributes to oxidative stress?  My main suspects are:

P.S.  As to the question any discussion of autism must address, why more boys that girls?  If it’s an issue of toddler autonomy, boys have been documented to be better at getting what they perceive to be their needs met than girls.