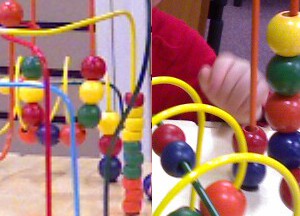 If you havent seen Inside Out, be prepared for this not to make sense.  The time in my lfe that was most like Rileys breakdown was when I was 32.  A few things happened at once.  I was introduced to the concept of boundaries through a self help book which suggested shame might be why I don’t look people in the eye, and i was pregnant, and i had a severe undereating episode where i wasn’t hungry.  (It was my fourth pregnancy, and maintaining while growing was not new for me, but this was not that).

I worked with a therapist for a while (which i usually did when pregnant due to the death of my first baby).  And she found I didn’t acknowledge feeling anger.  I thought anger was not ever okay.  I had actually concluded the therapy still bemused at her insistence that I should feel angry sometimes, and then a few weeks later my newborn woke me in the night and I realized that frustrated me, and it was okay.

In the meantime, I had plowed in the personality islands.  What are they about?  They are places you can go and feel like yourself.  A popular definition in the field is the psychological and physiological determinants that produce characteristic patterns of thoughts, feelings, and behaviors (I prefer constructs over determinants).   You’re not flat psychotic without them, you just have to actually think about everything that hapoens in order to decide how to respond or what to do, which is exhausting.

In my case, I lost trust in my ability to know when or what I should eat.  I learned it was probably related to OCD which was the underpinning of my moral outlook on the world.  And i learned that I had symptoms of depression despite my heavy use of positive self help, as well as Anxiety.  At the time, OCD was considered a subset of Anxiety Disorders,( something I had to rearrange when I studied the DSM5 last fal)l.  Long story short, the islands i lost included Mormon island, Health conscious Island, Competence Island, Social butterfly Island, and MLM Island.  Not all islands are bad to lose.

If you want to know how it is to live without Islands, I can recommend the Nova special on the smartest computer in the workd, about Watson, the computer they designed to win at Jeopardy.  Watson couldn’t recognize a category like months of the year and restrict answers to one of twelve responses.  Well, the cool thing is they did eventually upgrade him to be able to, but it took observing four human answers for him to get there.  Mostly, he had to calculate every answer from the ground up.

So I went to church, but i didnt utilize any of the chracteristic ways of being I relied upon in the past, because I couldnt trust them.  I had faith in the essentials, but there was a lot more to the church than that, or at least there used to be, for me.  The word of wisdom, for instance, i still had faith in no tobacco, alcohol, or coffee/tea.  But my strong opinions about how much meat to eat and who were conspiring men in the last days had gone.  Commentary and interpretations were suspect.  I have opinions that reformed, but I recognize that they are opinions.

I’m sorting out anger.  I did 12 step recovery Island.  I am still looking for the core memory that powers Chronic Disorganization Island.  I escaped Emotional eating island.  People tell me intuitive eating island would be better, but I think I’m okay.