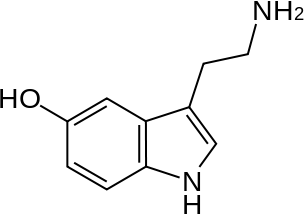 I first encountered the altitude/suicide article quite a while ago, probably a couple years, and a friend retagged me to it.  I almost didn’t bother re reading it but I’m really glad I did because things I have learned since made me wonder why less oxygen would simultaneously increase seratonin and decrease dopamine.

If this effect is brought about by altitude related hypoxia, it should also apply to exercise, which delivers more oxygen to the brain.

But I was confused because animations of synapse activity for seratonin and dopamine appeared analogous to me.  A little google image searching revealed the issue.  Seratonin signalling depends on voltage, and dopamine depends on cAMP (which varies inversely with ATP).  So less mitochondrial activity (which uses oxygen to make ATP) means less seratonin signalling but more dopamine activity.

It’s also highly interesting that I felt like the most autistic of my kids turned a corner when we stopped restricting him to the living room, and he was able to run all over the house.  He required oxygen therapy as a baby.  While you would think that should have helped him (and probably did) it could indicate that he may have had difficulty getting oxygen around in his cells to begin with, possibly due to myoglobin or other mitochondrial alterations.

When I first learned about autism, I used to think it might be like someone who has both OCD and ADHD, working against each other in a tug of war locking the brain from progressing either way.  I was conceiving of OCD as seratonin crisis (where you need a lot of it and do strange things in order to get it) and ADHD as dopamine crisis.