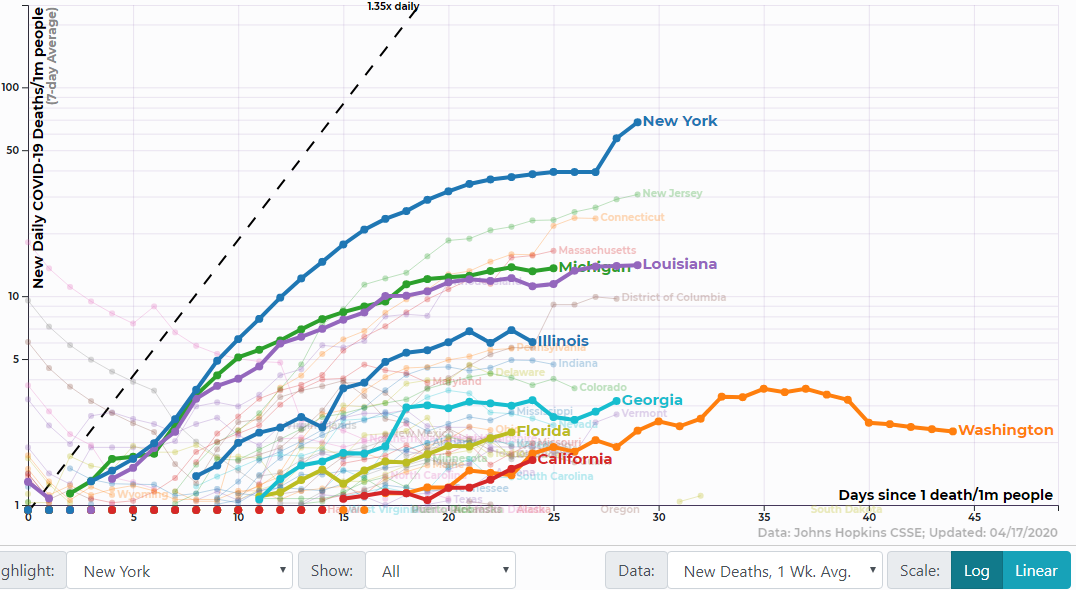 This is from 91-DIVOC, which can do some neat stuff if you poke around with it a bit.  When I go into linear view, it’s generally best to set the y-axis to scale to the data set I’m highlighting.

So the states I highlighted were the ones with most deaths per million, with Washington and California thrown in for reference.  Except I did let New York stand in for the neighboring states that are in a similar bind.  So I still use Worldometers to figure out what I want to highlight on a graph.